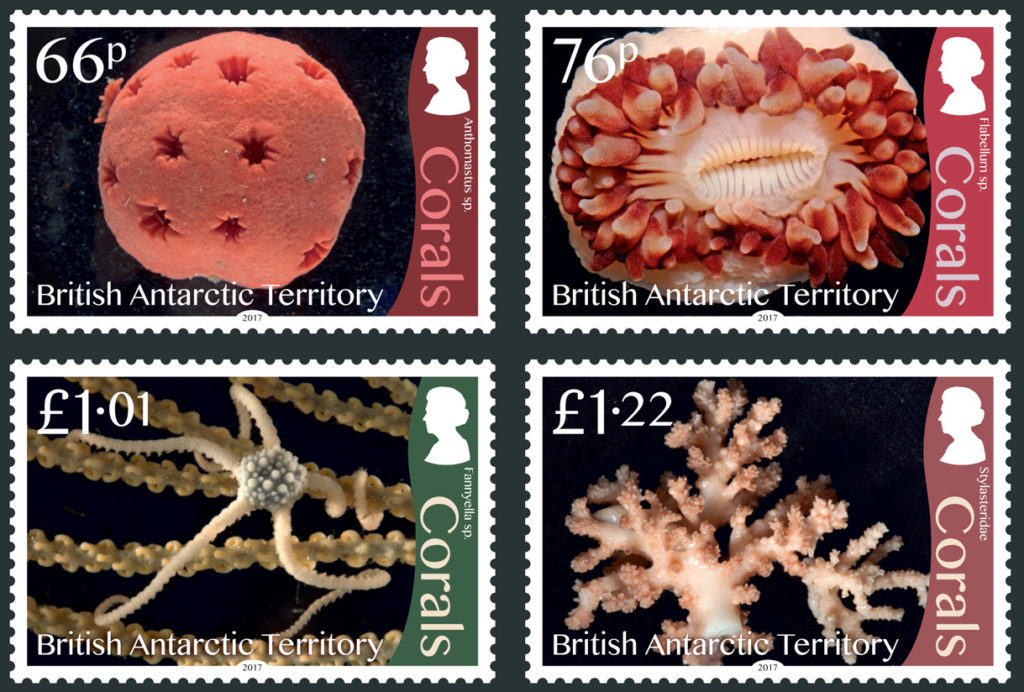 Deep on the ocean floor, wherever rocky surfaces occur it is likely you’ll find habitats of corals. While many associate coral with warmer waters these striking creatures of the deep are also common in the cold waters of the Southern Ocean and the British Antarctic Territory.

Far beneath the chilly waves of the British Antarctic Territory, across the rocky seafloor, thousands of colonies of corals in all different shapes, colours, and sizes can be found. Corals are filter-feeders which, as with all filter-feeders in the deep sea, survive off the detritus that falls in a marine snow from shallower water depths. There are the solitary hard corals whose single large polyps come in bright orange and vivid yellow colours. There are few hard coral reef-building species so some of the rare hard corals in the Southern ocean are the delicate white and pink lace corals (called stylasterids). Soft corals sway in the freezing cold currents. The flexible gorgonian octocorals are found in the shallows (less than a few metres of water) and deeper areas, down to over a few thousand metres, where they can grow to be taller than the average human being. Octocorals come in fan, bottle-brush, and whip shapes, and have been aged at close to 1,000 years old.

To date there are many hundreds of coral species identified in the British Antarctic Territory; a number of which are new to science. With more exploration it is almost certain more species shall be discovered. The vibrant, complex community of coral gardens that is formed by this diversity of corals forms a habitat that is home to a bewildering array of other creatures such as brittlestars (as can be seen on one of the stamps presented here), worms, seastars, and even fish. Science is just beginning to understand the interactions between corals and their inhabitants. Some relationships seem very specific; for example one species of worm (a type of polychaetes) have only been found in one species of coral. What does the coral gain from the presence of the polychaete? How did this relationship develop and why? More research is required to understand how corals in the Southern ocean breed, when, how this is initiated, and, importantly, how the future warming of this cool ocean will impact this important habitat. 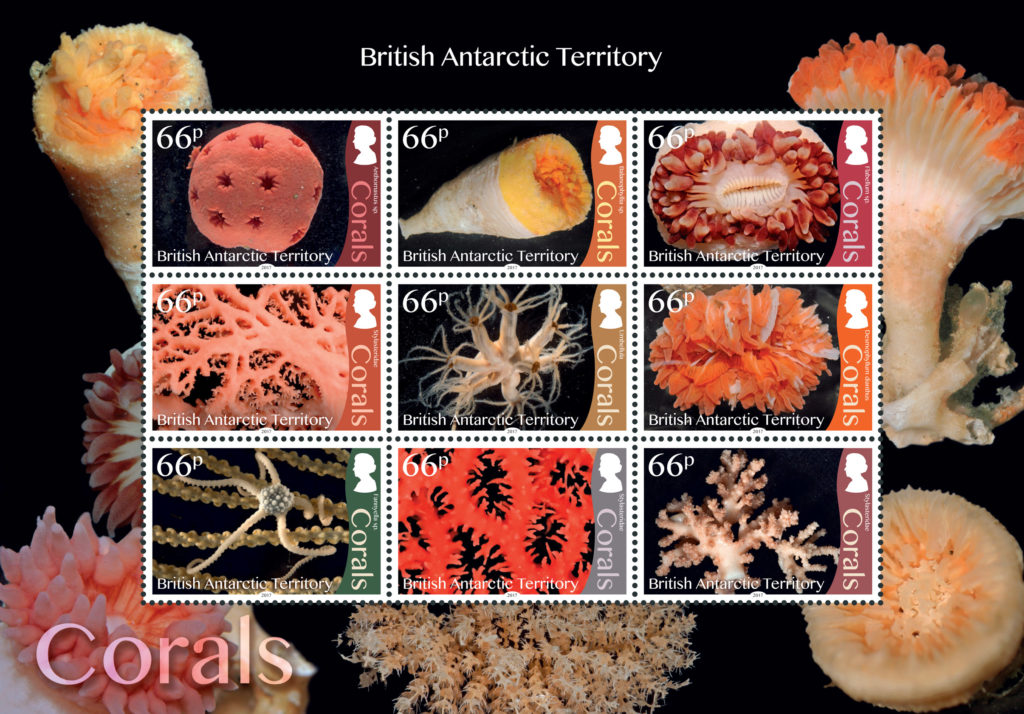