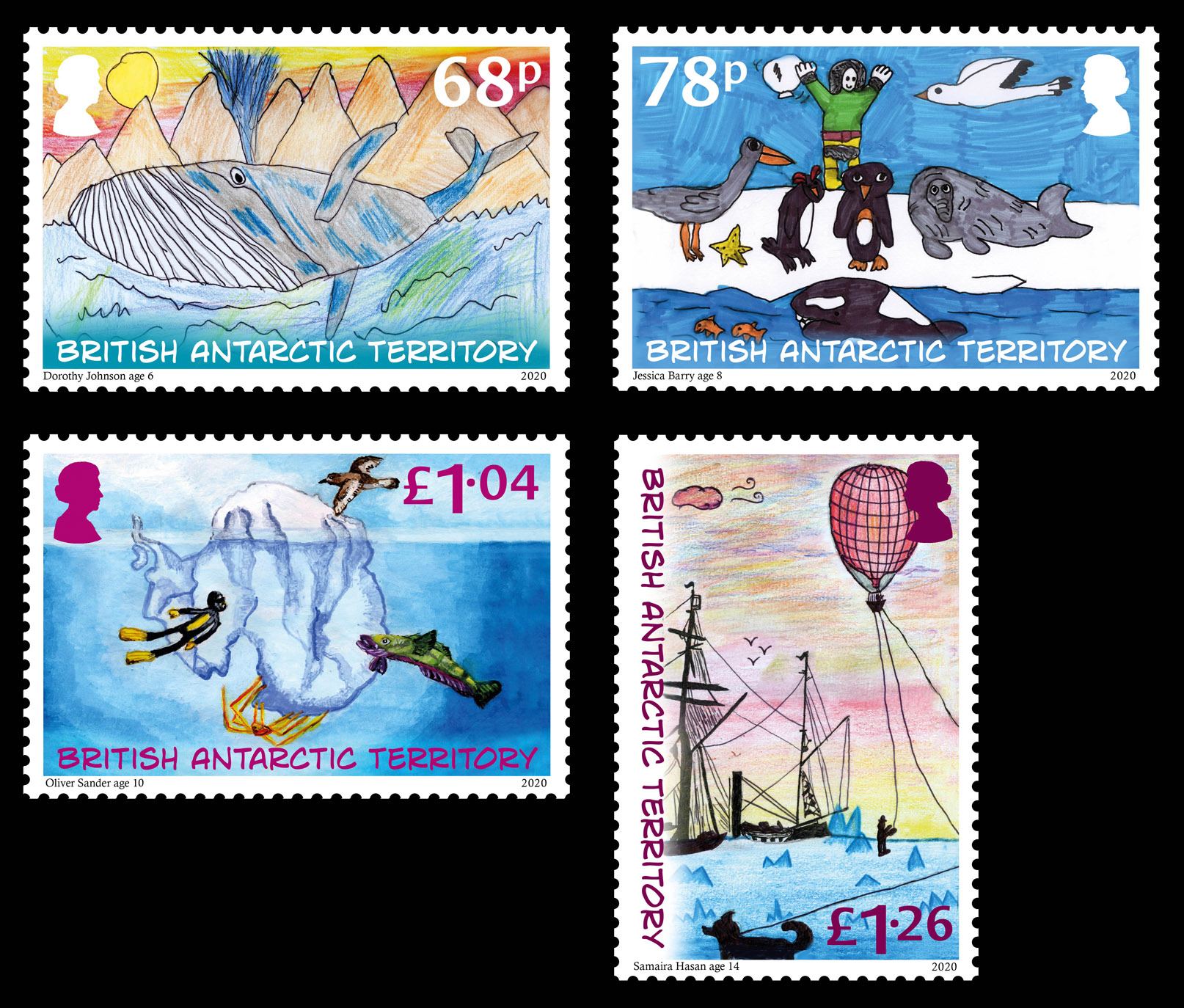 2020 marks the 200th Anniversary of the discovery of the Antarctic continent, an incredible environment that is full of life both above and below the ocean.

The UK has a long and proud history in Antarctica and plays a leading role in protecting and studying the continent. The British Antarctic Territory forms the largest and most southerly of the UK’s 14 Overseas Territories. The UK’s claim to this part of Antarctica is the oldest of any made on the continent, dating back to 1908.

Our world-class science is conducted by the British Antarctic Survey (BAS), who will soon be able to make use of the new polar ship RRS Sir David Attenborough – which some of you will know as Boaty McBoatface!

To celebrate the 200th Anniversary, a competition was run for children aged 4 – 17 years old to design an official postage stamp for the British Antarctic Territory. The design theme was “Discovering Antarctica”, with four lucky winners having their very own drawings featured on official stamps.

A panel of 5 judges, which included representatives from the Royal Geographical Society (with IBG), the British Antarctic Survey and the UK Antarctic Heritage Trust held a lively discussion to review the entries for each age group.  The winning designs include a range of subjects which were felt to represent the ‘Discovering Antarctica’ theme.

The judges also wanted to highlight the great work of the runners up and their designs feature on the official First Day Cover envelope. The winning designs were adapted to a stamp format before being presented to HM The Queen for final approval before they were printed.

We think the designs make a wonderful and vibrant set with the ‘Discovering Antarctica’ theme well captured across the designs. The Government of the British Antarctic Territory would like to thank all those who submitted designs and for helping to mark the 200th anniversary since the discovery of the Antarctic continent.

Dorothy’s design of a whale was described by the judges as striking, making good use of colours and demonstrating the wildlife within the British Antarctic Territory.

Dorothy has told us, “I chose to draw a humpback whale because I like whales and I saw one in my Snail & the Whale book. I know they live in Antarctica.” For anyone unfamiliar with ‘The Snail and the Whale’, it is a popular children’s book by Julia Donaldson and illustrated by Axel Scheffler.  (We’re fans of the book too!).  Whales are also seeing a recovery in numbers in the Antarctic region, after being hunted in large numbers in the past.

The judges felt that Jessica’s design was eye-catching, containing a broad range of subjects such as wildlife and science and that some of the expressions were brilliant.

Jessica explained “I love learning about animals from around the world and I wanted to show lots of the Antarctic animals that I heard about from a talk at school.” Jessica is right to highlight the range of wildlife that live in the Antarctic.  From seals, whales, and sea creatures, to fish, penguins and a variety of other bird species.  In her design, Jessica has also captured a visiting scientist who looks delighted at their surroundings.

The judges described Oliver’s design as artistic, with lovely detail including the iceberg in the shape of the Antarctic continent.

Oliver explained “I have been inspired by multiple things to draw and paint this image. First of all, during my holidays, I completed my junior PADI diving qualification, which is the reason I added a diver and some special Antarctic underwater creatures. Secondly, icebergs are very common in Antarctica but I thought, as this was a stamp, it would be good for people to see the continent as an iceberg. The final thing is that there are many types of sea birds living in Antarctica. I didn’t want to include any penguins as I knew these would be a common feature in other competitors’ stamps but I did include a species of petrel which my parents saw on their trip to Antarctica. They even brought back and showed some original Antarctic stamps from many years ago which I was very excited to see!”

We’re so glad to see that Oliver has taken inspiration from many things. Icebergs, like the one in his design show that they come in wonderful and strange shapes as well as varying sizes. They are made from freshwater ice and some are so big due to snow that has fallen on them for hundreds of years. With Oliver’s new diving skills, perhaps he’ll discover an actual iceberg in the shape of Antarctica.

The judges agreed that Samaira’s design captured the history brilliantly, with good use of colour.

Samaira told us “My mother’s first-hand experience of visiting Rothera, the UK research station in Antarctica, helped me to appreciate the uniqueness and beauty of this continent which I wanted to portray in the design. During the Discovery Expedition, Scott, Wilson and Shackleton were key crew members who demonstrated crucial characteristics including perseverance and resourcefulness which is why I wanted to illustrate their voyage. In the stamp, I drew the Discovery Ship and the tethered hydrogen balloon that Scott took to the air during the expedition.”

What a journey that must have been for Captain Scott and his crew. Samaira is right that their efforts showed extreme resourcefulness and perseverance. Her depiction of Scott and his balloon conducting aerial reconnaissance stands the test of time. We still use this method today to monitor climate change and weather patterns in Antarctica. 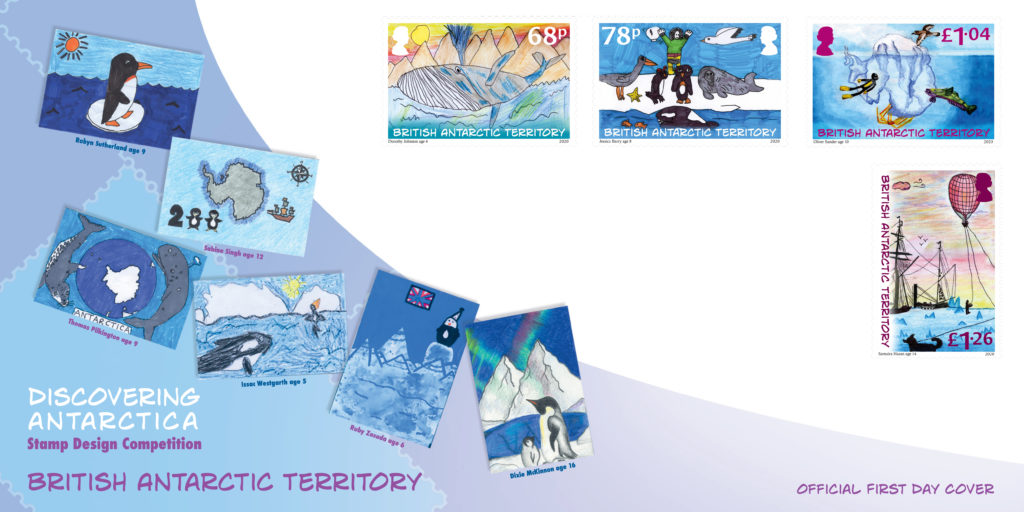