The British Antarctic Territory (BAT) forms the largest and most southerly of the UK’s 14 Overseas Territories.

It is a wedge-shaped sector of the Antarctic continent.

Over 99% of it is covered in a permanent ice sheet.

For further geographical information, the Antarctic Peninsula Information Portal is a website that provides a one-stop shop.  This interactive website shows popular tourist sites, protected areas, National bases and a range of other useful information on a searchable map of the Territory.

History of the Territory

BAT was formed on 3 March 1962.  Before then, it was a Dependency of the Falkland Islands.

The Territory continued to be administered from the Falkland Islands until 1989.  Responsibility then passed to the newly created role of Commissioner of the British Antarctic Territory.

The territory has its own flag and crest. 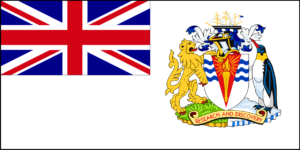 Life in the Territory

Find out more about the UK’s activity in the Territory.

UK’s claim to the Territory

The UK’s claim to this part of Antarctica is the oldest of any made on the continent.

Most of the area of the British Antarctic Territory is subject to competing claims from Argentina and Chile.

However, under Article IV of the Antarctic Treaty 1959, all territorial sovereignty claims to Antarctica are held in abeyance.

Staff in the Polar Regions Department of the UK’s Foreign, Commonwealth and Development Office manage the BAT.  The team includes the Commissioner, Deputy Commissioner and Administrator.