As part of a regular series on the meaning of place names in the Territory, this latest edition focuses on Irish inspired Antarctic place names. 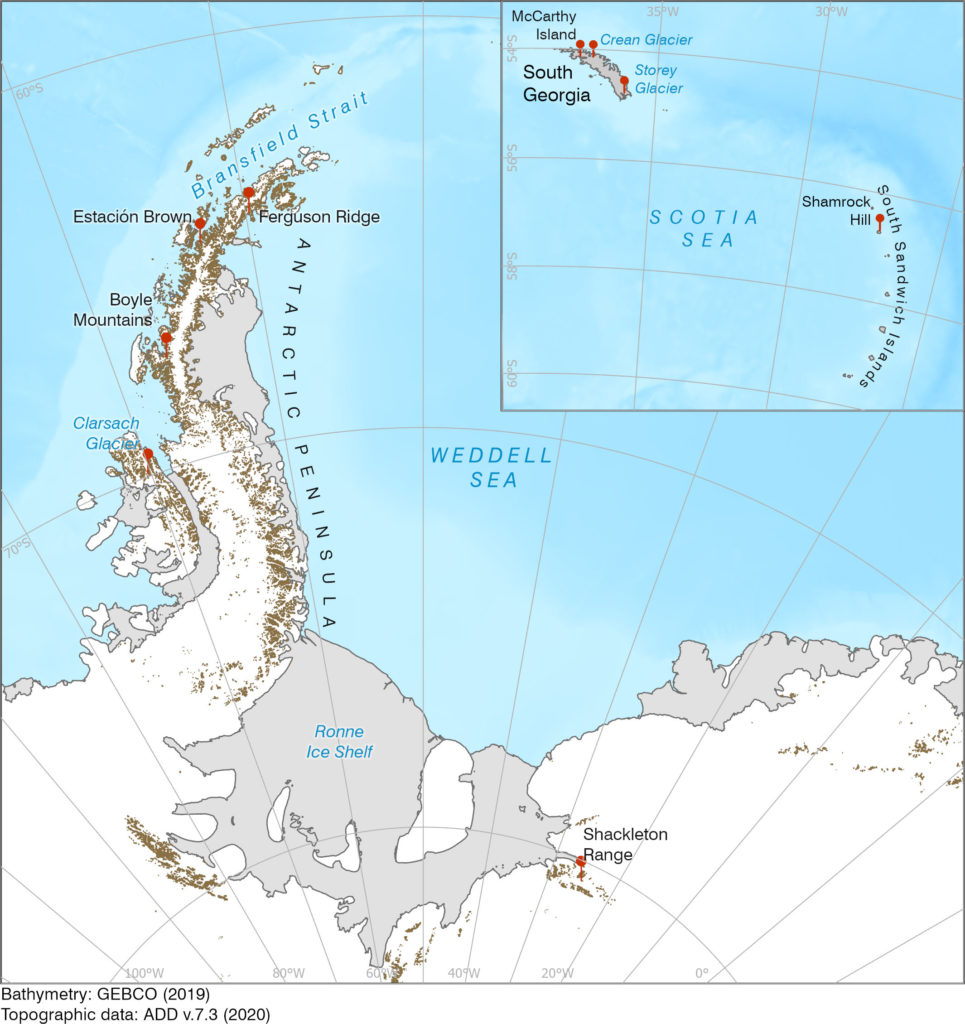 On 17 March, St Patrick’s Day, 2021 there are at least 75 names in Antarctica and the sub-Antarctic islands named for 45 persons of Irish birth. The names date from early expeditions through to living scientists working in Antarctica.

Other notable names include:

Names for prominent people who never visited Antarctica include:

For information about British Antarctic Territory place-names and guidelines on how to submit new proposals, visit the Committee website.

With thanks to the British Antarctic Survey for the image and text contributed by Robert Headland, Scott Polar Research Institute.