Now we all love the conventional Easter icons – a rabbit here, a baby chicken there, but why not go alternative this Easter and p-p-p pick-up these new delightful coins. New releases such as this and others can be purchased from Pobjoy Mint and all good coin stockists.

The first is in blue titanium no less! This £2 coin features doting Emperor penguin parents with their very cute chick. 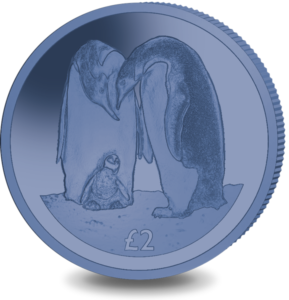 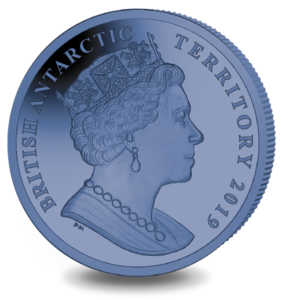 The second is a colour 50p featuring an adult male and female Emperor Penguin, and is the third coin in our five-part penguin 50p series. 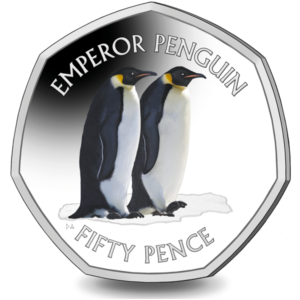 In 1902, Lieutenant Reginald Skelton discovered the first breeding colony of Emperor penguins on Captain Scott’s 1901-1904 Discovery Expedition, which was 130 years after the species had been first spotted on Captain Cook’s second voyage.

Emperor penguins are big, and in fact, they are the largest and heaviest Antarctic species weighing in at an average of 30kg (66lb). They have a unique breeding cycle and rear their chicks for a long period. The parenting instinct is so strong when it comes to protecting the little ones and themselves, that unlike most other penguin species, Emperors will turn the other cheek when it comes to aggression and form a tight huddle up to 5,000 strong to keep themselves and their precious egg or chick protected from the hurricane force winds of the Antarctic winter. Little wonder that the Emperors have an impressive survival rate of 95% on average.