The Pobjoy Mint series of 50 pence coins featuring historical ships continues with a new coin produced on behalf of the British Antarctic Territory to commemorate the 150th Anniversary of the birth of Norwegian explorer Roald Amundsen. 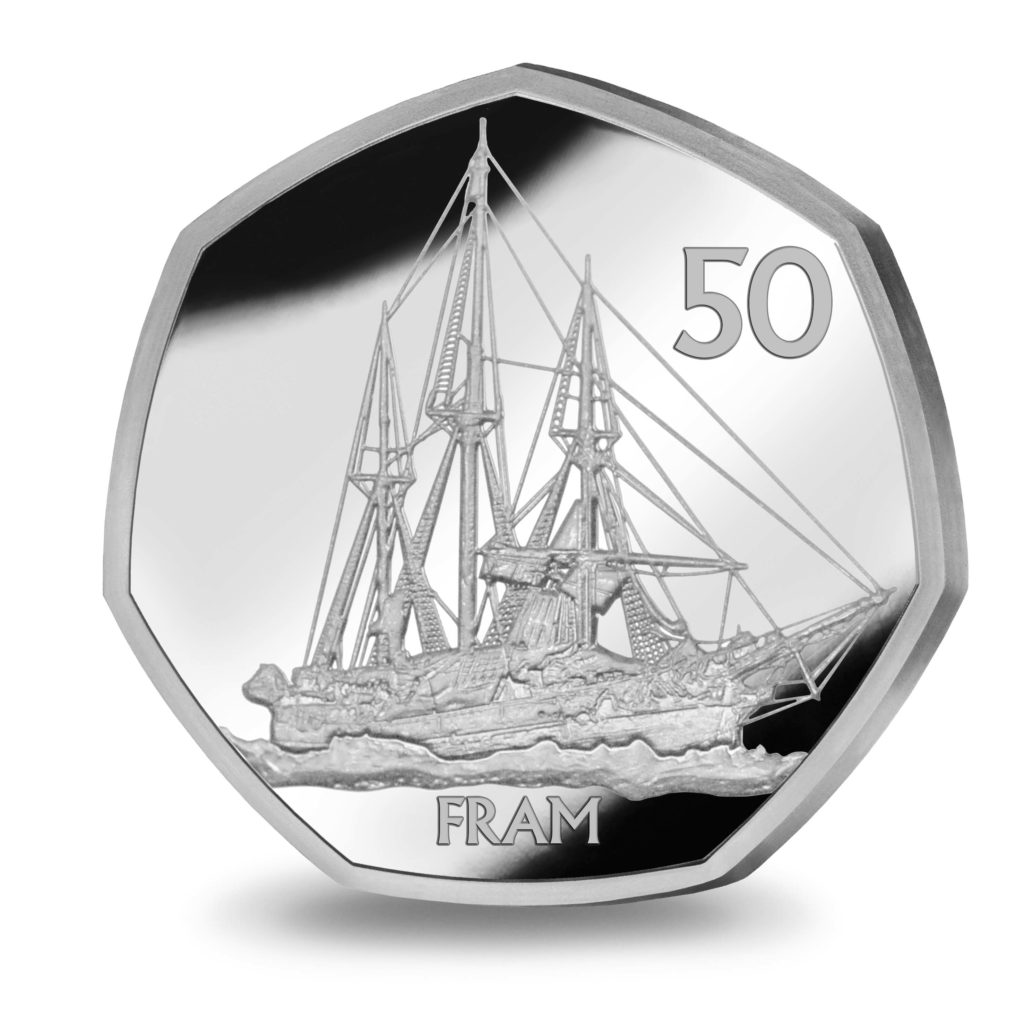 The design on the coin features the Fram, a three-masted schooner which was designed to withstand the freezing waters of the Arctic and Antarctic regions. The Fram was designed and built by the Scottish-Norwegian shipwright Colin Archer for Fridtjof Nansen’s 1893 Arctic expedition. Nansen had planned to freeze Fram into the Arctic ice sheet and float with it over the North Pole. The ship is both unusually wide and unusually shallow in order to better withstand the forces of pressing ice and was also carefully insulated to allow the crew to live on board for up to five years.

The ship was used in many expeditions by Norwegian explorers Nansen, Sverdrup, Wisting and, most famously, Roald Amundsen, between the years of 1893 and 1912. Its original steam engine was replaced with a diesel engine for Amundsen’s expedition in 1910, a first for polar exploration vessels.

The ship is said to have sailed farther north and farther south than any other wooden ship. Before the Titanic, the Fram was the most famous ship in the world.

Its biggest achievement was to carry the first ever expedition to reach the geographic Southern Pole (78° 41′ S). The expedition was led by the Norwegian explorer Roald Amundsen. He and four others arrived at the pole on 14 December 1911, five weeks ahead of a British Terra Nova Expedition, led by Robert Falcon Scott.

After Amundsen’s Polar Expedition the ship was retired and kept in storage until 1935, when it was finally put on display at the Fram Museum in Oslo, Norway.

The obverse of the coin features an effigy of Her Majesty Queen Elizabeth II produced exclusively by Pobjoy Mint.