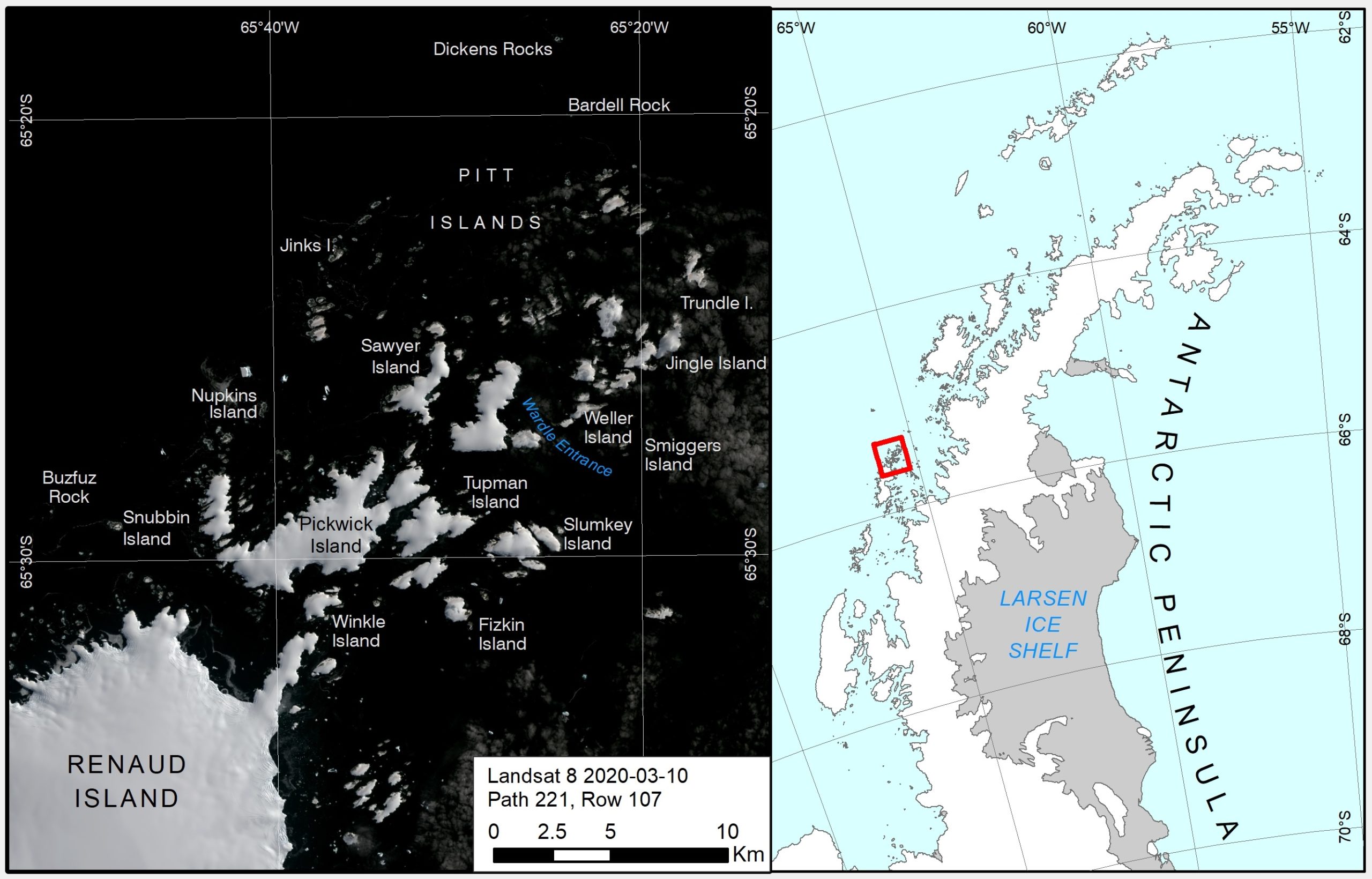 As part of a regular series on the meaning of place-names in the Territory, this latest edition focuses on the Pitt Islands.

The Pitt Islands contain many place-names following the theme of characters from the Pickwick Papers, by Charles Dickens. The theme was chosen in 1959 and as June 2020 was the 150th anniversary of his death, it seemed fitting to highlight them in his honour.

Pickwick Island, the largest of the Pitt Islands, is named after Samuel Pickwick, founder of the Pickwick Club, whose adventures were chronicled in Dickens’ first novel.  Seventeen members of this club are named here: for example, Tupman Island, Slumkey Island and Jinks Island are named for Tracy Tupman Esq, the Honourable Samuel Slumkey, and Mr Jinks respectively.

For information about British Antarctic Territory place-names and guidelines on how submit new proposals, visit the Committee website.