The British Antarctic Territory and Pobjoy Mint are delighted to announce the release of a brand new 50p coin to commemorate the Platinum Jubilee of Her Majesty Queen Elizabeth II. 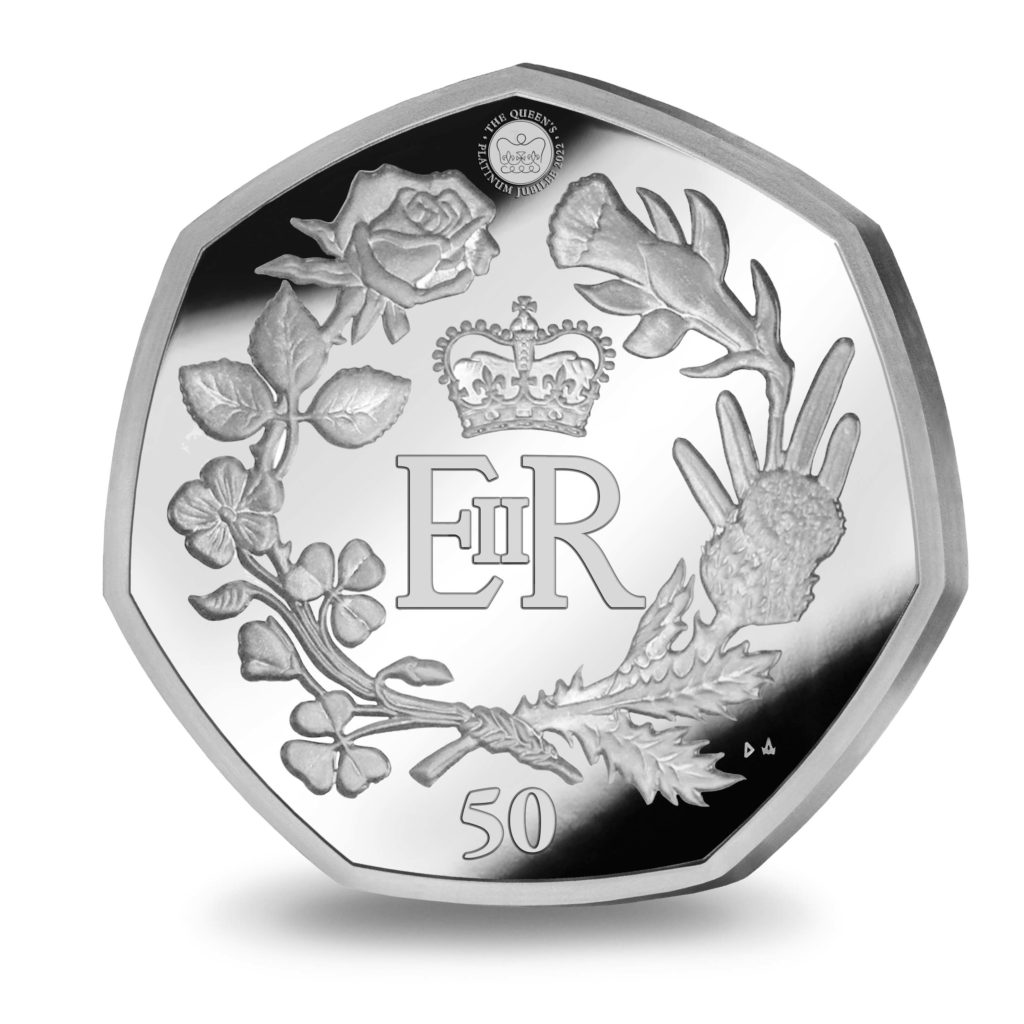 Her Majesty Queen Elizabeth II was born in 1926, the first child of the Duke and Duchess of York. After her uncle, King Edward VIII, abdicated his right to the throne, her father, George VI ascended in 1936, making Elizabeth the heir presumptive.

Princess Elizabeth was on an official tour and staying at Treetops in Kenya with her husband, the Duke of Edinburgh, when she heard of the death of her father on 6 February 1952. His death marked the start of her reign as Queen at only 25 years old, with her first state opening of Parliament on 4 November 1952. Her coronation was held at Westminster Abbey on the 2 June 1953, and was watched by 27 million people in the United Kingdom, which is especially impressive considering the population was 36 million at the time.

As of the 9 September 2015, Queen Elizabeth II became the longest-reigning English monarch in history. This makes 2022 increasingly special as it marks the first time an English monarch will celebrate a Platinum Jubilee, with 70 years of service.

The coin depicts a central design of the Royal Cypher “EIIR” standing for Elizabeth II Regina. The design is surrounded by a rose, representing England, a daffodil, representing Wales, a thistle, representing Scotland, and shamrocks, representing Northern Ireland. The design also incorporates the official emblem for The Queen’s Platinum Jubilee which was selected as the winning entry in a competition run in conjunction with the Victoria & Albert Museum.

Issued on behalf of the British Antarctic Territory, the coin has been produced in Cupro Nickel Diamond Finish and Proof Sterling Silver. The obverse of the coin features an effigy of Her Majesty Queen Elizabeth II produced exclusively by Pobjoy Mint.