On 12 May 2020 we closed our stamp design competition.  We have been delighted by the response – over 320 entries.

Shortly, the judging panel will convene to decide on the winners and runners up. 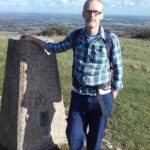 Steve Brace is Head of Education and Outdoor Learning at the Royal Geographical Society (with IBG).  He leads the Society’s award winning educational programme.  This spans the development of online resources, CPD programme, fieldwork support, Geography Scholarships and activities to promote the importance and relevance of geography to young people.

Previously Director of Education for the Commonwealth Institute and Head of Education at the development charity ActionAid, Steve started his career as a geography teacher in Hillingdon. You can follow his work via @Stevebracegeog. 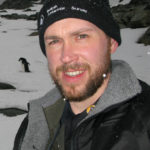 Jamie is the British Antarctic Survey’s Publications and Education Manager.

He is the primary BAS contact for the Discovering Antarctica website: www.discoveringantarctica.org.uk and also regularly sits on the British Antarctic Territory Stamp and Coin Advisory Committee.

Jamie has worked for BAS for over 15 years and has spent time at Rothera Research Station in Antarctica. 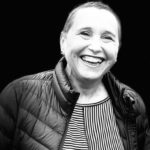 Lisa has been the Administration Manager at the UK Antarctic Heritage Trust (UKAHT) since 2013.  She has had a varied career working in the legal field, promoting English beef & lamb from field to plate, before joining the Antarctic world initially at the Scott Polar Research Institute.

UKAHT was set up as a charity on 1993 and is responsible for managing and conserving a number of historic bases within the British Antarctic Territory.  One of the more well-known of these bases is Port Lockroy.  Also known as the ‘Penguin Post Office’, Port Lockroy is the most southerly public Post Office in the world – where you can buy and send postcards using British Antarctic Territory stamps. 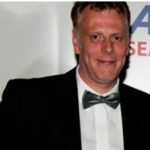 Tim Underwood is the Director of Creative Direction (Worldwide) Ltd.  He is the Stamp Agent for the British Antarctic Territory.  Tim is responsible for leading on the designs for BAT and a number of other UK Overseas Territories and Caribbean nations. 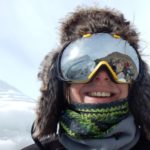 Deputy Commissioner for the British Antarctic Territory and Head of the UK Foreign & Commonwealth Office Polar Regions Department since 2007.