We made history in 2008 when we became the first territory in the Antarctic to issue a coin under our own authority.

Commemorative coins, which are also legal tender within the Territory, are produced for us Pobjoy Mint.

New releases are available for sale at www.pobjoymint.com.  New and older coins are also available from all good coin dealers.

The world’s first Antarctic coin in 2008 celebrated the Centenary of Britain registering its first claim to the Antarctic.  The coin depicts the official Coat of Arms of the Territory.

More recent issues have helped promote the science, exploration and wildlife of the Territory. In 2018 we issued our very first 50p coin depicting Boaty McBoatface – the Autonomous Underwater Vehicle (AUV) which will be carried on the research vessel RRS Sir David Attenborough and undertake scientific research.  This limited issue coin sold out, and royalties received have been reinvested into the territory.

To mark the 150th anniversary of the birth of the British Explorer Robert Falcon Scott in 2018, a coin features an artist’s impression of the Polar Medal that was inaugurated for members of Captain Scott’s first and gruelling expedition to Antarctica in 1904. 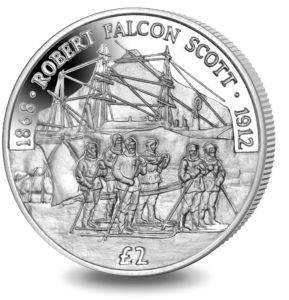 To highlight the naming of Queen Elizabeth Land, a commemorative coin showing the area was released in 2013. 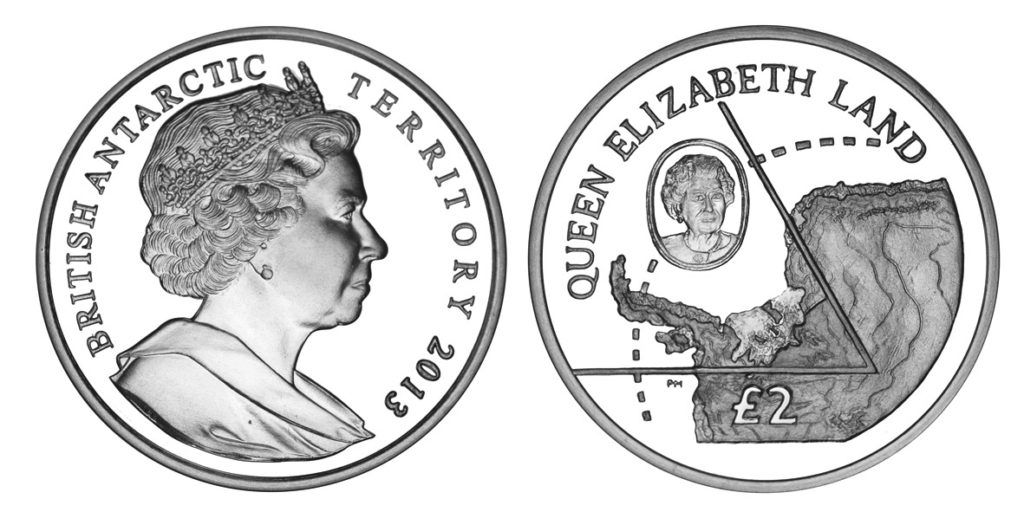 We have been issuing stamps ...