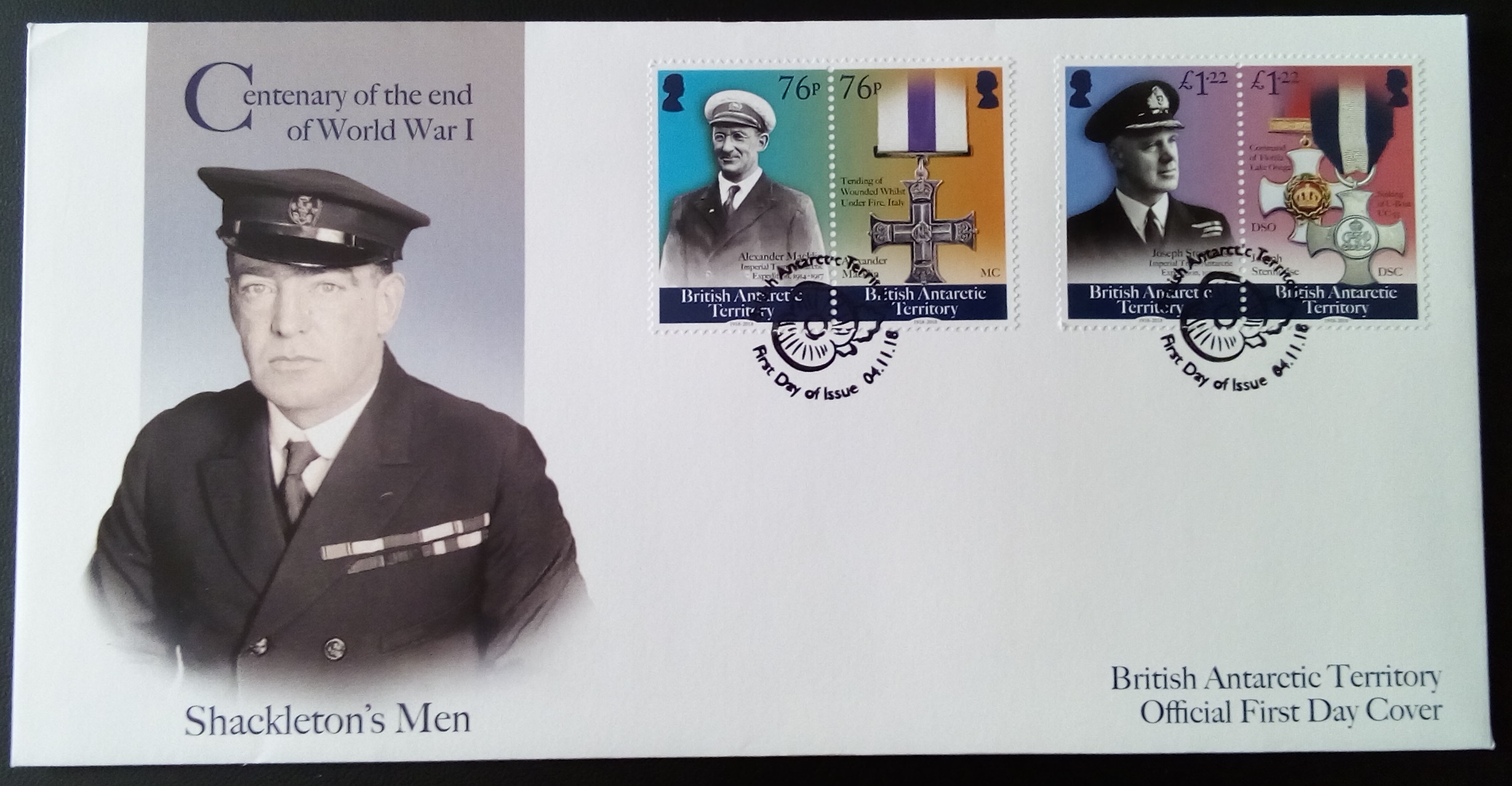 To mark the end of World War One, we issued a commemorative postage stamp set highlighting the role played by Ernest Shackleton’s men who, against all the odds, returned from the ill-fated Trans-Antarctic Expedition to serve their country.

Thanks to the sales of those stamps, we have donated a total of £1,000 to The Royal British Legion.

The Royal British Legion – which was founded by veterans after World War One – helps members of the Royal Navy, British Army, Royal Air Force, veterans and their families.

Read more about the stamp set and the history behind it at Centenary of the end of World War One – Shackleton’s Men.

The commemorative stamps can still be bought, and a further donation will be considered from future sales.